In this blog, we are going to discuss everything a common man of India should know about e-RUPI. So, let’s get started.

Contents hide
1 What Is e-RUPI
2 What Are Vouchers Exactly?
3 Features Of e-RUPI
4 Benefits Of e-RUPI
5 Banks Enabled With e-RUPI
6 Recent Development On e-RUPI
7 Ending Note
8 Frequently Asked Questions
8.1 How will the digital rupee is different from UPI
8.2 Is e-RUPI like bitcoin?
8.3 When will e-RUPI launch in India?
8.4 What will be the maximum value of an e-RUPI voucher?
8.5 Is e-RUPI based on blockchain technology.
8.6 Can e-RUPI reduce corruption?

e-RUPI is a digital payment instrument developed for cashless payments. It is based on a QR code and SMS string-based e-voucher which will be delivered to the mobile of the users, upon request. One can redeem these vouchers without having a bank account or any third-party digital payments app.

National Payments Corporation of India (NPCI), the developing authority of UPI as well as e-RUPI announced that vouchers will be issued in two main categories i.e Person to Person (P2P) and Business to Consumer (B2C).

What Are Vouchers Exactly?

After the issuance of e-RUPI, it will be delivered to beneficiaries in the form of e-vouchers. E-vouchers will be sent via SMS. To make a payment, a beneficiary has to produce a QR code/string received in the SMS. Then, the authentication code will be shared with beneficiaries via SMS, and the code they have to share with merchants to complete the transaction.

Note, these e-vouchers will be either person or purpose-specific. For example, a voucher issued for medical expenses cannot be used for any other purpose.

The following are the Features of e-RUPI:

The following are the Benefits of e-RUPI:

Following is the list of banks that will be live with the facility of transacting e-RUPI:

As of July 2022, over 100 countries are planning to launch CBDC while 10 countries have already released, the first among the all was the Bahamian Sand Dollar in 2020 and the latest was JAM-DEX of Jamaica.

Last year Karnataka Government announced that they will employ e-RUPI to distribute education fees of students under scholarship programs to prevent leaks. Recently, the central bank indicated that they will soon start the pilot project on e-RUPI.

As a citizen of this country, and as a businessman these all were developments of e-RUPI you should be aware of. We know, just like us, you would be thinking that e-RUPI is a game-changer in digital payments as it is leak-proof. As a cloud accounting software vendor, we will keep posting the latest news from the government, financial institutions, and the market to keep you updated. Also, we want to reward you with a 60-day free trial of Munim as you have read this blog fully.

How will the digital rupee is different from UPI

The Digital rupee will be a digital currency and it is said to be equivalent to legal tender while UPI is backed by digital alternatives of legal tender.

No, bitcoin is decentralized and there’s no governing body while e-RUPI will be regulated by NPCI. So, there is no risk involved in transacting or holding the same.

When will e-RUPI launch in India?

As of now, no particular date is announced by the stakeholders however, a pilot project has started and more updates are yet to be released.

What will be the maximum value of an e-RUPI voucher?

The maximum value of an e-RUPI voucher is said to be 10,000 and 10 such vouchers can be issued on a single mobile number.

Is e-RUPI based on blockchain technology.

No, e-RUPI will not rely on blockchain technology. It is based on UPI’s platform.

Yes, e-RUPI can reduce corruption to some extent because it can be issued for a particular purpose and makes direct benefit transfer easy. 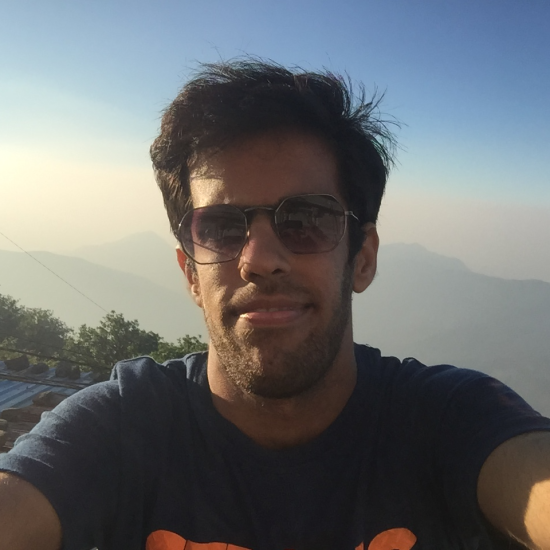 Mehul is a content writer with a heart of nomad. He is currently working with The Munim Inc. as a content writer and he is passionate about Quantum Mechanics, Christopher Nolan's movie and Traveling. His weekends are well spent with his Golden Retriever recharging him with cuddles and strolls.